N. 74 June 2021 | The urgency to modify the Treaties, overcoming the problem of unanimity. Political and legal issue. 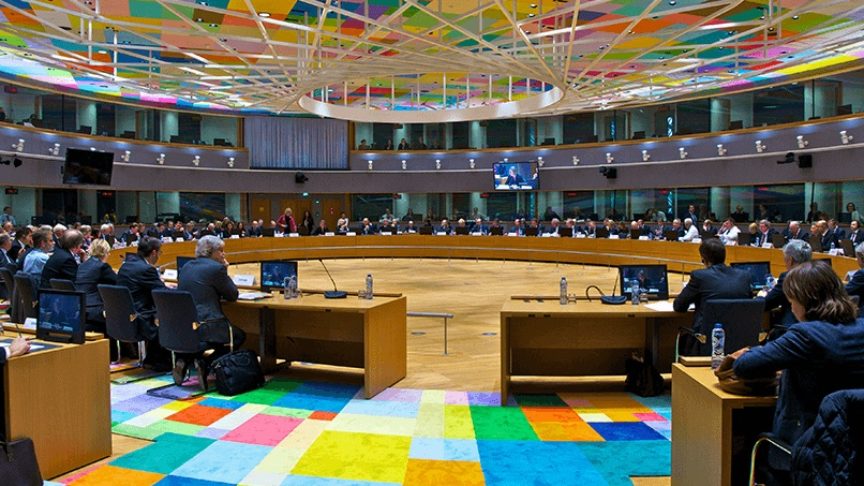 The Conference on the Future of Europe is a unique opportunity to equip the European Union with the tools it needs to look after the interests of its citizens and overcome many of the global challenges that its member states are no longer able to address. Some of these indispensable tools, in particular the creation of an EU fiscal capacity and the overcoming of the unanimity rule in the field of foreign policy, cannot be achieved through the instruments of enhanced cooperation or through passerelle clauses, and therefore demand the overcoming of the current legal framework. In short, it is becoming clear that a revision of the European Treaties is inevitable, even though, for some member states at least, this prospect has, for the past 15 years, been a taboo subject, in spite of the many crises that have already amply demonstrated the inadequacy and shortcomings of the existing legal system.

The root of the problem is political, because it is linked to the different visions and expectations of Europe formed by the different member states following the launch of the monetary union and the changes brought by the fall of the Soviet bloc and the EU’s enlargement to central and eastern Europe. Indeed, while some governments remain firmly convinced that the European Union should confine itself to providing a range of services to its member states, in particular linked to the internal market and the single currency, others are displaying a growing awareness that the incompleteness of the European integration project is an unsustainable situation that is endangering their long-term political stability and economic well-being.

The political problem is exacerbated by the fact that the process of reforming EU primary law, in particular through new and substantial transfers of competence to the Union, is rendered particularly complex by the review procedure pursuant to Article 48 TEU. Under the terms of this procedure, modifications may be proposed by the government of any member state, by the European Parliament, or by the Commission.

Thereafter, a Convention (made up of representatives of the national governments, the national parliaments, the Commission and the European Parliament) may be convened to adopt a recommendation on the subject, after which the final text for the Treaty reform must be unanimously decided by an intergovernmental conference. The new text must then be ratified by all the member states, either through a vote in their national parliament or a confirmatory referendum. In short, both the European phase of the Treaty revision process (negotiation) and the national one (ratification) demand unanimity among the member states, a requirement that effectively gives each of them the power of veto.

If we analyse, briefly, the experience of other international organisations (a category to which the European Union still belongs), it is interesting to note that the unanimity rule is actually quite rarely applied as a condition for changing the way they operate. Indeed, in the case of the United Nations, the World Trade Organisation, the World Health Organisation and the Council of Europe, the adoption of amendments to their founding treaties requires only a qualified majority of the member states. Similarly, if we analyse the case of existing federal states, we find that even the most rigid constitutions, such as the German and American ones, envisage qualified majority voting for the approval of amendments.

So, why, then, does the European Union behave differently?
The procedure whereby EU Treaty revision is based on the consent of all the member states has long been presented as a necessity, serving to legitimise the process of European integration. At the same time, concerns over the risks linked to reciprocal veto use have tended to be dismissed as unfounded, on the basis of the argument that, over the past 70 years, the European legal system has managed to evolve in spite of this arrangement. In actual fact, the main reason for the consolidation of Europe’s unanimity rule lies in the true nature and potential of the European integration process.

Essentially, the states have preferred to maintain a right of veto on any proposed substantial modification of the EU legal system precisely because, contrary to the case of traditional international organisations, the process of European integration has proved capable of influencing national competences to a considerable degree, to the point of giving rise to a highly integrated supranational organisation with broad (albeit limited and revocable) powers. The purpose of the power of veto is thus to contain, or at least control, federalist momentum within the process of European integration.

Unanimously reforming an organisation made up of 27 member states with profoundly different interests and visions of the future of the EU is, of course, a completely impossible task. On the other hand, the need to reach unanimous consensus has meant that intergovernmental conferences over the past 30 years have almost always produced nothing more than weak compromises and devices (such as opt-out clauses, separate agreements and parallel procedures) designed to satisfy all the parties. The fact that the period between 1992 and 2007 saw the convening of as many as five intergovernmental conferences cannot be taken as evidence that the European Union remains reformable despite the unanimity rule; on the contrary, it shows that, precisely because of that rule, Europe is simply unable to adopt lasting reforms that allow it to function efficiently and serve the citizens.

As already indicated, modifying the Treaties by a majority is not an option within the current EU legal framework. Indeed, the European Court of Justice, in its consolidated case law, has affirmed that there can be no deviation from the amendment procedure laid down in Article 48 TEU. The solution, then, cannot be found within the EU system, but will have to stem from the political will of a group of member states to advance towards political union. These states could, in the first instance, appeal to the terms of general international law, to which the EU, too, as an international organisation, is subject. Article 30, point 4 of the Vienna Convention on the Law of Treaties, which refers specifically to the rights and obligations of states that enter into updated treaties, could prove useful in this regard. It stipulates that multilateral treaties modified without the consent of all the parties to the original agreement should apply only to relations between those states that are parties to both agreements; on the other hand, relations between states that signed the updated treaty and those that did not must continue to be governed by the original treaty. In other words, modification of the EU Treaties by majority would lead to the creation of two groups of states: those that adhere to the new (Europe 2.0) Treaty framework and those that remain bound only by the current (Europe 1.0) one.

There remains the difficult question of how the functioning of two coexisting Unions might be made to work during a transition period. In theory, the EU institutions could draw on their previous experience of different variable geometry solutions (in areas such as Schengen, the Economic and Monetary Union, cooperation in the field of criminal justice) in order to find a way of regulating the coexistence of the two Unions for however long this might prove necessary. In reality, though, should a politically influential group of states, having overcome the problem of the most Eurosceptic governments’ power of veto, decide to launch an ambitious reform of the EU, it is highly unlikely that other member states would choose to remain outside the new Union for long. Formal support from some European institutions, the Parliament and the Commission in particular, would consolidate the political legitimacy of this process.

Finally, an alternative would be to stipulate, between the member states wishing to transfer new competences to European level, a separate political agreement outside the framework of the existing EU Treaties — something along the lines of the Treaty on the European Stability Mechanism or the Treaty on Stability, Coordination and Governance in the Economic and Monetary Union. This “Political Compact” could aim to create new common instruments to allow the exercising of sovereign powers in areas such as fiscal policy and defence. The EU’s political institutions, in particular the European Parliament and the Commission, would obviously have to be involved in this process, and the governments, too, should play a part, but agreeing to take decisions by majority vote.

Whatever solution is ultimately required, and this will be determined by the conditions thrown up by the process as it unfolds, the fundamental point is that modifying the Treaties and overcoming the constraints imposed by Article 48 TEU are not legal problems, but political ones. This is precisely why it is so important that acceptance of the inevitability of a split following the creation of an amending treaty or a separate treaty, in any case to be adopted by a majority, must already emerge clearly during the Conference on the Future of Europe, together with the political will on the part of some member states to build true European sovereignty in some key areas. Because this is the only way to prevent the process from being blocked by the opposition of those governments that remain bound to the intergovernmental vision and to the idea that political sovereignty can be exercised solely at national level.

N. 3 May 1998 | Six years after Maastricht, the European Union still has no foreign and security policy

N. 17 January 2001 | After Nice, the Union’s season of partial reforms has ended

EU reform back at centre of debate in Europe

The EU at the test of a global economic/financial crisis

Europe (and the world) after the Treaty of Lisbon

The wars in Yugoslavia and Iraq, eastward enlargement and the failure to ratify the Constitutional Treaty

After the euro, a permanent campaign for a European federation

The European Letter is published under the auspices of the Luciano Bolis European Foundation. Initiative in support of the Campaign for a European Federation promoted by the European Federalist Movement
Related resources: